Grizzlies for the Win

I have been waiting ten years for this, and I am ecstatic!!

The Grizzlies moved from Vancouver to Memphis in 2001, and my family has been season ticket holders ever since. We’ve been to countless games, witnessed devastating losses, and shared in victorious triumphs. We watched Pau Gasol flail across the court. We saw Stromile be Swift and Posey posting up. We cringed as J Will acted like a punk, and cheered when Mike Miller rained threes. We celebrated as Coach Hubie Brown took his team to their first playoff appearance. We grieved for Lorenzen Wright. We’ve watched Shane Battier come and go (and come back again!). We ached as the Grizzlies got swept not once, not twice, but thrice, in postseason playoff games.

More recently, we applauded as our current team grew into a powerhouse. We acquired my man Z Bo. Marc Gasol improved and committed to solid defense. Shane Battier returned to open arms. We’ve got Tony Allen of heart, grit, and grind legend. Insert Darrell Arthur, Mike Conley, Sam Young, who’s your Haddadi, Xavier Henry, Vasquez, Powe, Ish, and O.J. Mayoooooo. Add Rudy Gay, who is sidelined with an injury but not forgotten, and you’ve got yourself a team to be reckoned with.

And now, a decade later, we get to watch our beloved Grizzlies shine. Longtime Grizz fans have been rewarded for years of loyalty with three playoff wins to date. And in some cases (Game 4, ahem) not only did the Grizz win, they dominated. The games in the Spurs vs. Grizzlies series have been thrilling, and the Forum crowd has been electric. Never before have the Grizzlies games been so packed or so loud, and it is a great thing for the city of Memphis. And as is always the case, now that the Grizz are a hot commodity, everyone wants a piece. But bandwagon or not, it is nice to see this city finally get behind their team. They deserve it.

And for those of us who have been Grizz fans from the beginning, these wins are especially sweet.

My Memphis Grizzlies are heading to the playoffs, and I am ecstatic!

I can remember SEVEN YEARS AGO watching the Grizzlies playoff games in my college apartment, screaming for victory like a crazy woman. We were playing the San Antonio Spurs, and we didn’t win a game that series. Not a single one.

The Grizzlies had a couple more lackluster playoff appearances, but nothing in the past five years. And now, being a faithful fan through these rollercoaster years has finally paid off. The Grizz are back, and they are up against the Spurs again. I no longer abhor the San Antonio team, as time heals all wounds, but I reeeeeally hope they don’t advance this time around. I am a Grizzlies fan through and through, and I cannot WAIT to watch them win their first playoff game in franchise history. I can just feel it.

The rudimentary playoff schedule has been announced, and I share it with you here. Mark your calendars and plan accordingly. 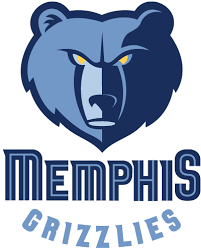